The past several years have been very difficult for my family given the death of my eldest son, Daniel, in late 2015. Throughout the process of trying to find Daniel medical treatment for the disease of addiction, and throughout my own grief process, I realized that I had come out of this wormhole a very different person. It was a journey that I never intended to venture through, yet I found myself time and time again living in a hell that I wouldn’t wish on my worst enemy. I didn’t want the lessons I had learned, the mistakes I had made, or the discrimination I had discovered, to drift away into the cosmos without ever resulting in some type of meaning. So, I began journaling and documenting the events of my life and the events of Daniel’s life in attempts to raise awareness, educate the masses, and encourage others to stand with me as we fight an epidemic that is ripping children from their parents on a daily basis.

“Scott shares the lessons he learned throughout the journey of trying to find his firstborn son, Daniel, help in battling a disease that few understand.”

“Life can sometimes seem like a complicated constellation of detours and winding roads – some of which teeter on the side of ease and predictability, while others… well, not so much. Follow along with a father who was dealt a difficult hand as he recounts the tragic story of his family, ravished by one of the greatest mistakes in modern medicine. With raw grit and vulnerability, Scott recounts his life growing up in small town USA and details the ways in which addiction and mental illness resulted in losses that no father, son, or brother should even have to endure. Alongside his youngest son, Wes, a medical professional in psychiatry, they take a closer look into the world of addiction and the epidemic we find ourselves to be in – revealing the causes, variables, and paths to consider moving forward. Scott shares the lessons he learned throughout the journey of trying to find his firstborn son, Daniel, help in battling a disease that few understand. Through Daniel’s story, the cracks in our system – the injustice, corruption, and discrimination – are directly illuminated and should inspire each of us to work better together. Little Boy Lost is a call to action.”

– from a reader on Amazon.com

My youngest son Wes and I never asked to be bestowed with the knowledge encompassed in this book, but were forced to learn it as we found ourselves living a life we couldn’t escape. We hope by putting our experience into words, it will help others avoid the pitfalls we encountered. No matter where you are in your life right now, we strongly believe that you could benefit from the stories and information we’ve gathered together in this memoir. May it bless you, your family, your friends, and spark a much-needed change in our medical systems, government, and communities. Knowledge is power, but it is nothing without action. 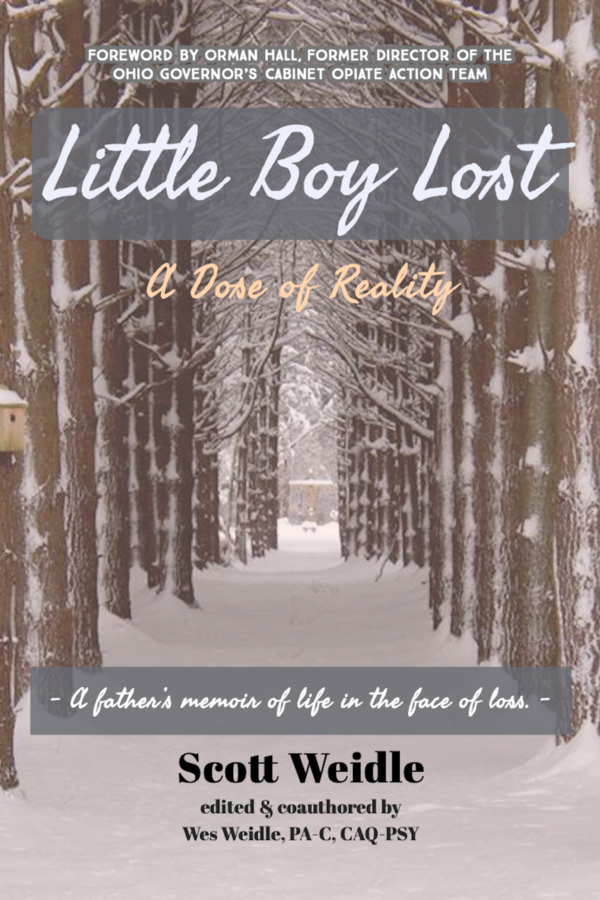 “Must read, because eventually everyone will know someone with this horrible disease.”

“A book about a father’s unconditional love for his son that takes a brutally honest look at drug addiction, mental illness, death and the repercussions it has on a family. This story is both enlightening and heart breaking as a father tries to help fix a broken medical system and encourage change in our government while grieving for his son. A powerful message that everyone needs to read.”

– from a reader on Amazon.com